Summertime, and the Livin’ is Easy

Summer has officially begun with the July 4th holiday.  Schools are closed, kids are being shipped off to camp and outdoor summer festivities are kicking off in parks, on piers and village greens across America with a vengeance.  The 4this a big deal in America and has been since 1776 when the Second Continental Congress approved the Declaration of Independence, the document severing the Thirteen Colonies from the Mother Country.

For some African Americans, celebrating this star-spangled holiday brings up feelings of ambivalence.  Yes, we are Americans and thousands of our African American forefathers like Crispus Attucks, Prince Hall, Lemuel Haynes, Caesar Tarrant and William Flora played pivotal roles in the War of Independence.  We fought on both sides.  At the beginning of the war, according to the National Park Service’s Web site, there were “450,000 enslaved African Americans in the thirteen colonies…It is estimated that 5,000 fought on the Patriot side.”  Historic accounts have as many as 10,000 on the British side as soldiers, “teamsters, cooks, nurses and laborers.”

But, the simple truth is that the majority of African Americans were enslaved when the Founding Fathers – John Hancock, Thomas Jefferson, John Adams, and Benjamin Franklin – and 52 other white representatives of the 13 colonies signed the historic Declaration of Independence in 1776.  And African Americans were still enslaved after the war ended in 1783.  The irony was not lost on the black population of the newly-formed United States of America – who had fought for the freedom of all citizens and was still petitioning legislatures in Massachusetts and Pennsylvania for their freedom after shedding their blood for the cause. 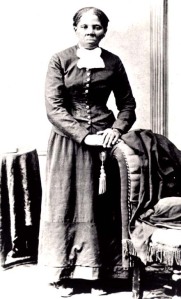 The Abolition Movement started in earnest after the War of Independence.  Beginning with the Quakers’ Society of Friends anti-slavery debates and their eventual stand against slavery in Pennsylvania in the late 1600s, many supporters, black and white, joined in making the opposition to slavery a full-fledged political movement by the 1830s.  African American abolitionists including David Ruggles, Frederick Douglass, Henry Highland Garnet, Sojourner Truth, Harriet Tubman and David Walker pressed the case for freedom of blacks all over America.

New York State’s enslaved blacks celebrated their independence on July 4th, 1827; fifty-one years after the Declaration of Independence was signed.  Other colonies that abolished slavery or had begun to abolish the insidious institution before New York included:  Vermont  in 1777; Pennsylvania with its gradual manumission law of 1780; Massachusetts which outlawed slavery in 1783; New Hampshire, Connecticut and Rhode Island which started the process of gradual abolition in 1783 and New Jersey in 1804.

By 1808, the transatlantic slave trade was outlawed in the U.S. making it illegal to import and export enslaved people.  This was not the end of slavery, it just meant, the increase of the slave population depended on the breeding of the existing slave population and not the importation of enslaved peoples from the Continent.  Slavery would end in the U.S. in January 1865 with the ratification of the 13thAmendment to the Constitution and the April defeat of the Confederate Army in the Civil War.

James McCune Smith, the first African American to receive an M.D. degree and practice in the U.S., was a 14-year old resident of Manhattan when freedom rang for blacks in New York State on July 4, 1827.  An Emancipation Day Parade was held by African American New Yorkers on July 5th and according to James McCune Smith, “That was a celebration!  A real, full-souled, full-voiced shouting for joy, and marching through the crowded streets, with feet jubilant to songs of freedom!”

July 4th is a date of many milestones in black history.  It was on July 4th, 1799 that New York State adopted the law that gradually freed the enslaved; it was on July 5th, 1852 that Frederick Douglass delivered his speech “The Meaning of July Fourth for the Negro” in which he described the disconnect between white independence and black slavery; and it was on July 4th, 1881 that Booker T. Washington opened HBCU Tuskegee Institute, now Tuskegee University, in Alabama.

This summer, instead of taking it easy, it may be an opportunity to recalibrate, rethink and refocus on our history.  We absolutely do have a lot to celebrate on the 4th, including the many African American heroes who fought for our country’s freedom and their own freedom.  Crispus Attucks, the first martyr of the American Revolution, was gunned down in front of the Boston Custom House when British soldiers opened fire on the crowd; Prince Hall, the founder of the first African Lodge for Freemasons, fought at Bunker Hill; Caesar Tarrant, a Virginia slave commissioned as a river boat pilot by the navy captured a British ship and blocked delivery of supplies to the enemy; and William Flora, a free black man from Portsmouth, Virginia distinguished himself at the Battle of Great Bridge against British Lord Dunmore’s Black Regiment by preventing the British troops from crossing the bridge and winning the battle.

The history of America is a very complex tapestry, made up of many threads and out of many colors.  It is important for all Americans to revisit their history, especially at moments of celebration, like the 4th of July, to clarify and reinforce their understanding of what actually took place.